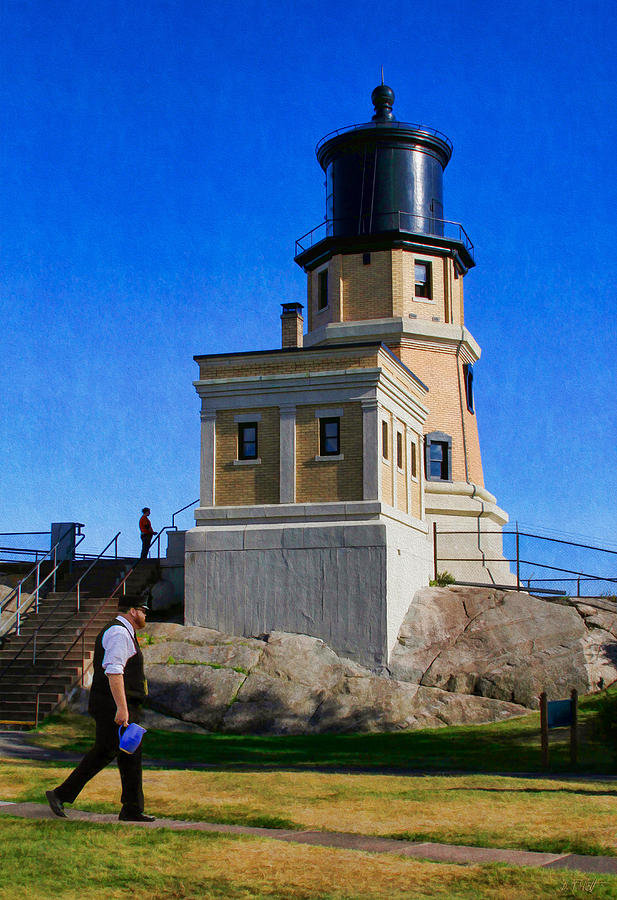 Split Rock Lighthouse State Park has a rich and varied history. From 1899 to 1906, the Merrill and Ring Lumber Company logged most of the original Norway and white pine from the area. During peak years, the company operated a short railroad up the river. Pilings from old wharf and dam can still be seen jutting out of the water at the mouth of the Split Rock River. In 1905, a punishing November gale (the kind Lake Superior is famous for), claimed the Edenborn and the Madiera (a barge the Edenborn was towing) as well as five other ships, within a dozen miles of the Split Rock River. The tragic sinking of these ships fueled the demand for a lighthouse. The fog signal building and lighthouse were completed in 1909 and commissioned one year later. For 59 years, the keepers at Split Rock warned ships away from the rock and treacherous North Shore with its 370,000-candlepower beacon. In 1971, the federal government deeded the lighthouse station to the State of Minnesota to be operated as a historic site. In 1976, the Minnesota Historical Society (MHS) assumed operation of the site which included one of the most photographed lighthouses in the United States.


--- COPYRIGHT NOTICE ---
All images on my profile and linked pages are Copyright Bonnie Follett. All Rights Reserved. These images may not be edited, copied, reproduced, printed, distributed, displayed or used in any way, in whole or in part, without my written permission. My images are not in the public domain.

I love this Bonnie; excellent imagery!!!

Great capture! I like that you've captured, what looks to be, the old lighthouse keeper in the shot :)

Unusual lighthouse. Nice shot! Like the guy in period costume in it, too!