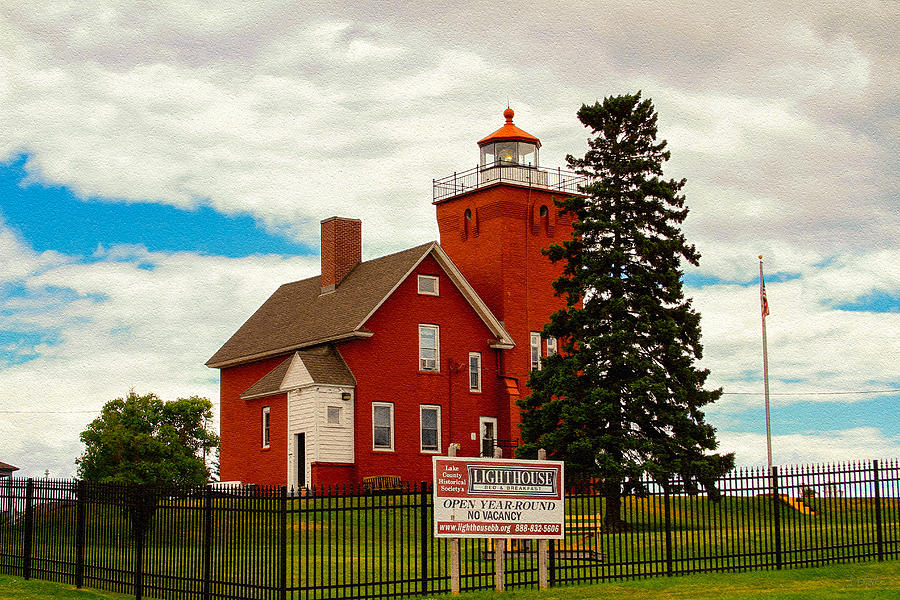 When Minnesota's first commercial iron mine opened, the Minnesota Iron Company's Duluth & Iron Range Railroad began rail and shipping operations in 1884. The first shipment of iron ore was loaded on August 19th & 20th 1884, totaling about 6ooo tons. By 1885 roughly 225,000 tons of ore were moving through Agate Bay prompting the Vessel Owners Association and the US Lighthouse Service to recognize the need for a navigational aid at Agate Bay. On August 4th 1886 the US Congress authorized $10,000 to build a light station at Agate Bay.
See more at: http://lakecountyhistoricalsociety.org/museums/view/two-harbors-light-station


--- COPYRIGHT NOTICE ---
All images on my profile and linked pages are Copyright Bonnie Follett. All Rights Reserved. These images may not be edited, copied, reproduced, printed, distributed, displayed or used in any way, in whole or in part, without my written permission. My images are not in the public domain.

Very lovely architectural photograph of a working Minnesota lighthouse built in 1891. The photo's Description helps us with the light house's history. F/L

Yes Joan, it sure would be fun!