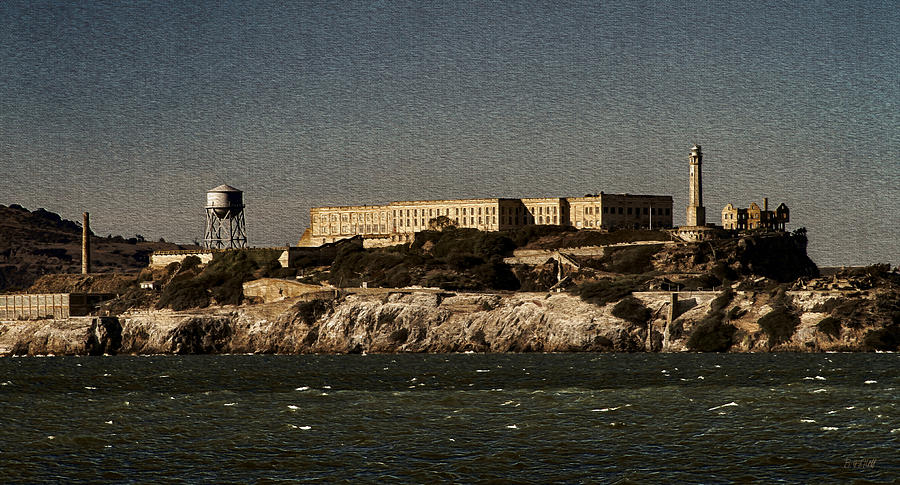 In this photo painting of Alcatraz Island, also known as "The Rock," I sought to capture its gritty dark past as a federal maximum security prison, a foreboding place where no inmate wanted to end up.

Some brief history below:

From the 1934 until 1963, Alcatraz was America's premier maximum-security prison, the final stop for the nation's most incorrigible prisoners. Today, Alcatraz is a place of contradictions, with a grim past and an enduring future as one of San Francisco's most prominent landmarks and tourist attractions.

Robert Stroud was one famous prisoner, the subject of The Birdman of Alcatraz movie:

"... no one realizes so well as I how far short of my goal I have fallen. The road stretches into the dim future, far beyond the possible accomplishments of any single lifetime, but if in this I have been able to point the direction and inspire others to carry on from the point where I have left off, I shall consider my efforts worthwhile."

Though most well known as an infamous federal prison, the island also served as a Civil War fortress, active bird sanctuary, the first lighthouse on the West Coast, and the birthplace of the American Indian Red Power.

that's an amazing photo of alcatraz

Thanks for the feature in the Photograph Manipulation group!